Clive Hicks-Jenkins was born in Newport, South Wales, in 1951. The early part of his career was as a choreographer and stage director. In the 1990s he turned away from theatre to concentrate on painting. He has been praised by critics in The Independent, Modern Painters and Art Review. Simon Callow has called him ‘one of the most individual and complete artists of our time’ and Nicholas Usherwood in Galleries has described his work as ‘reflective, expressive painting of the highest order.’ Here he is, photographed by myself at his latest exhibition, Adventures in Books at The Martin Tinney Gallery this week, open from the 7th-30th October. 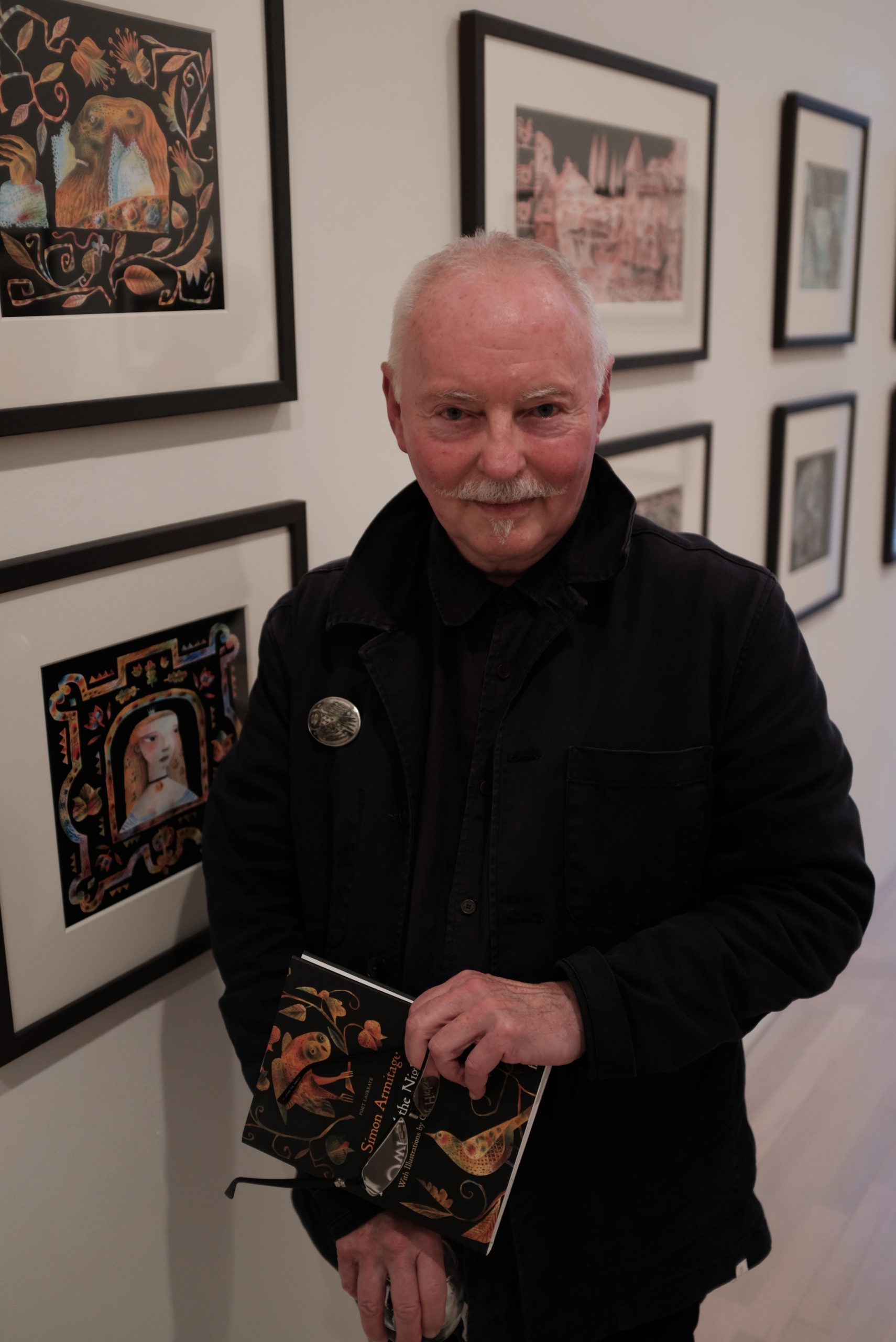 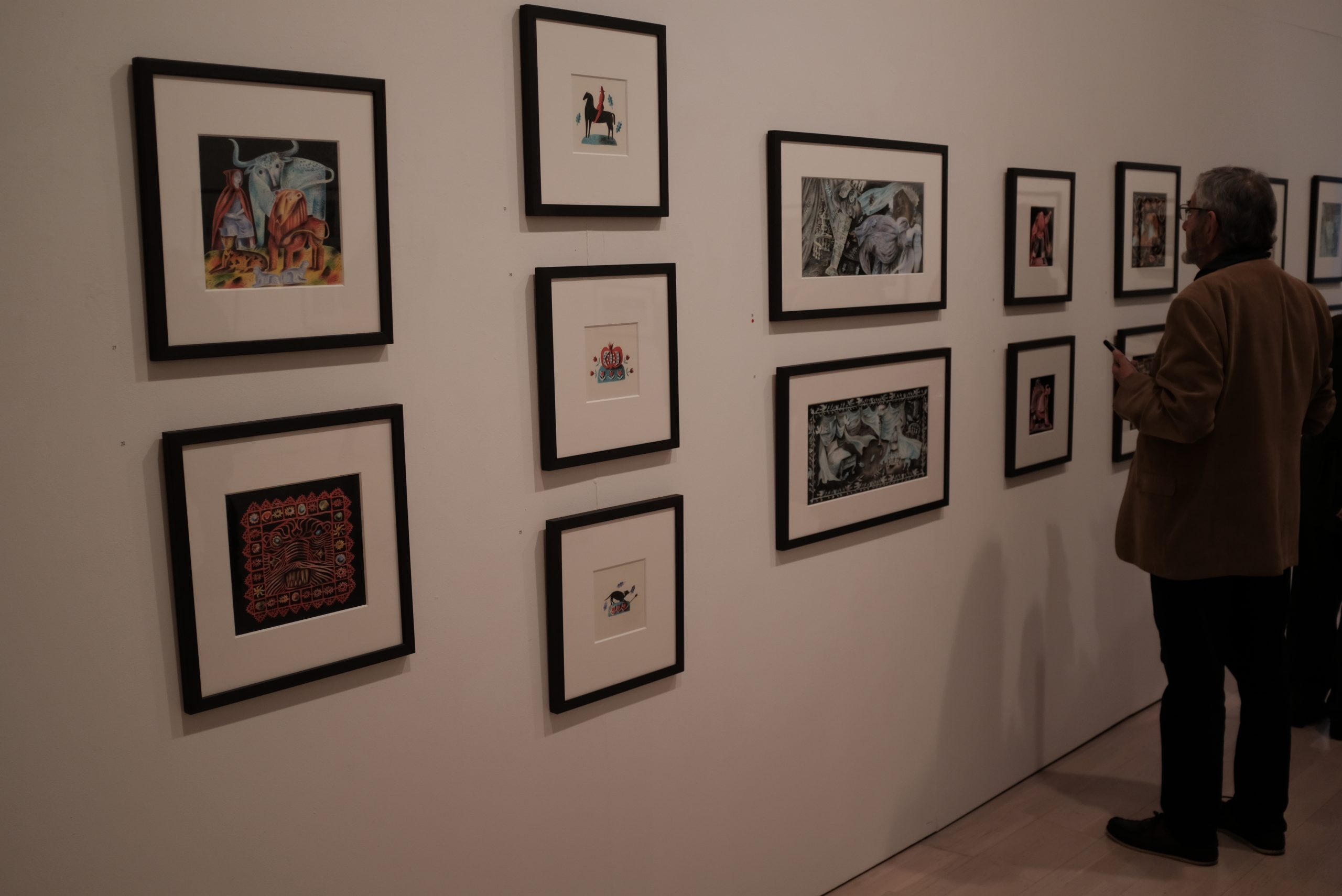 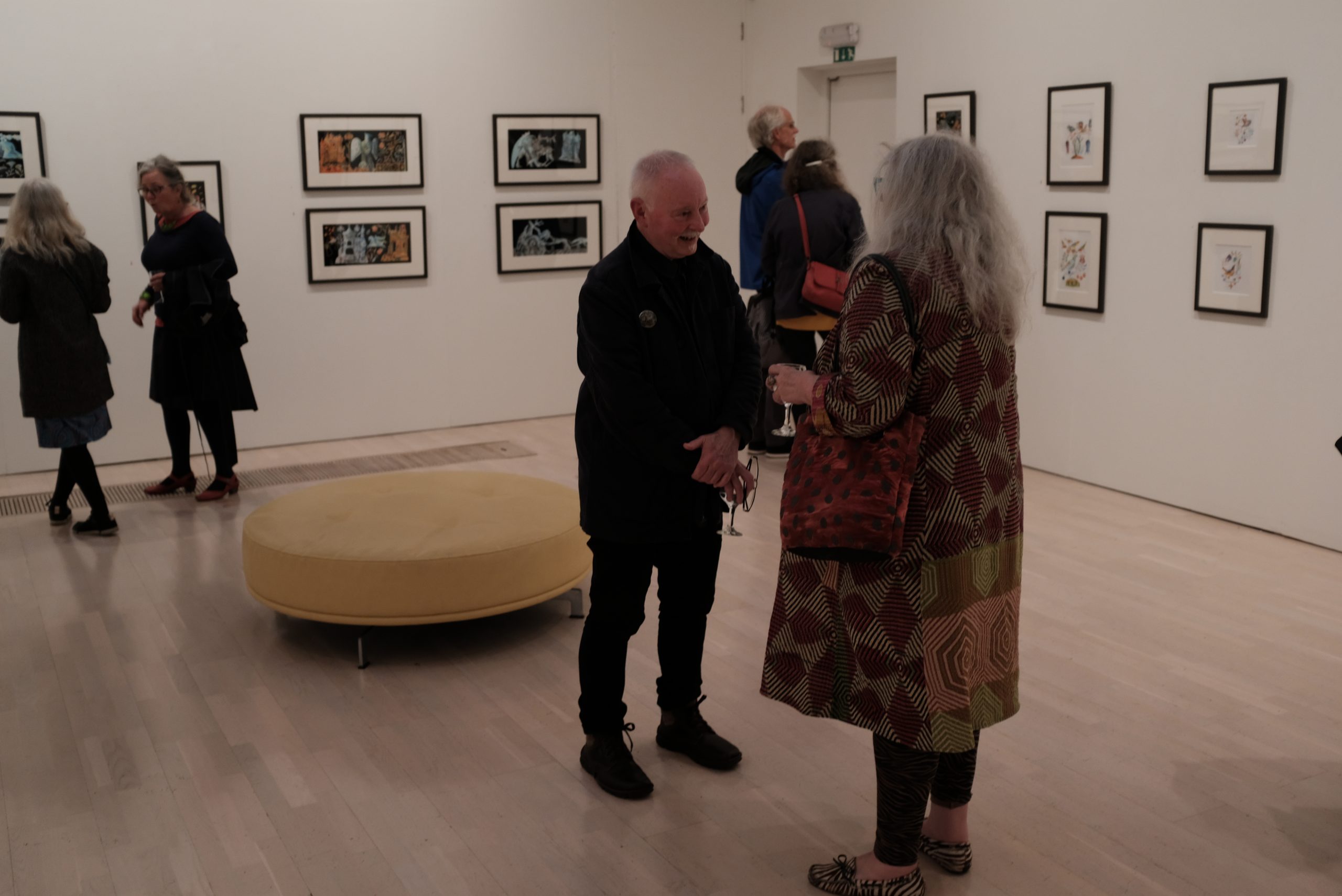 On my travels through Wales from the Mid Wales Arts Centre in Caersws, I called in to visit Clive Hicks Jenkins and Peter Wakelin in their rural retreat near Llanilar where Clive was busy working in his attic studio. 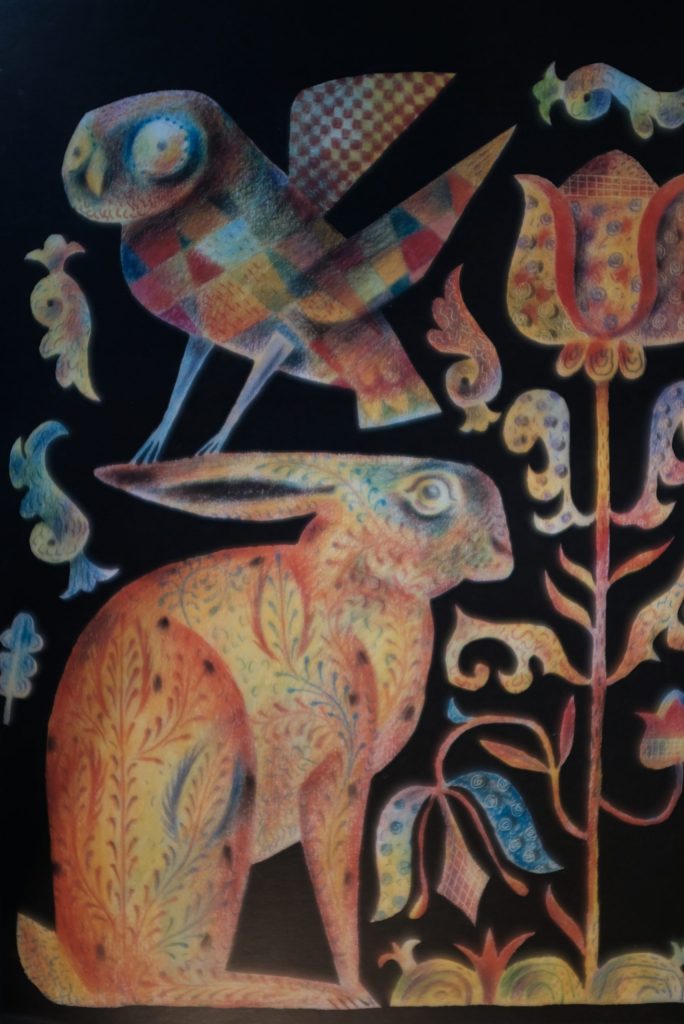 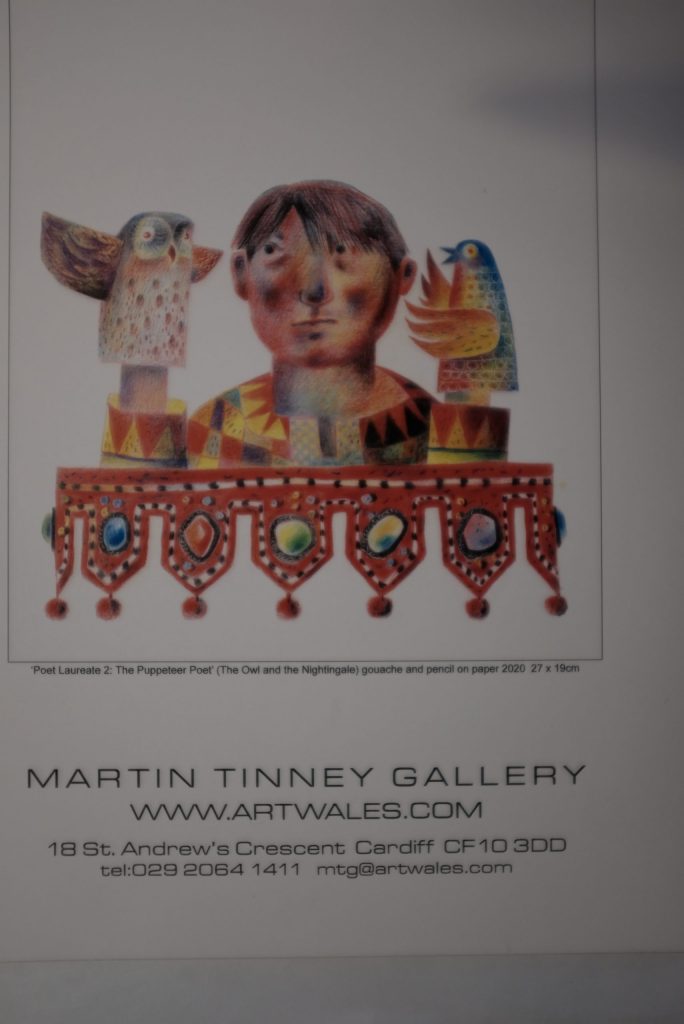 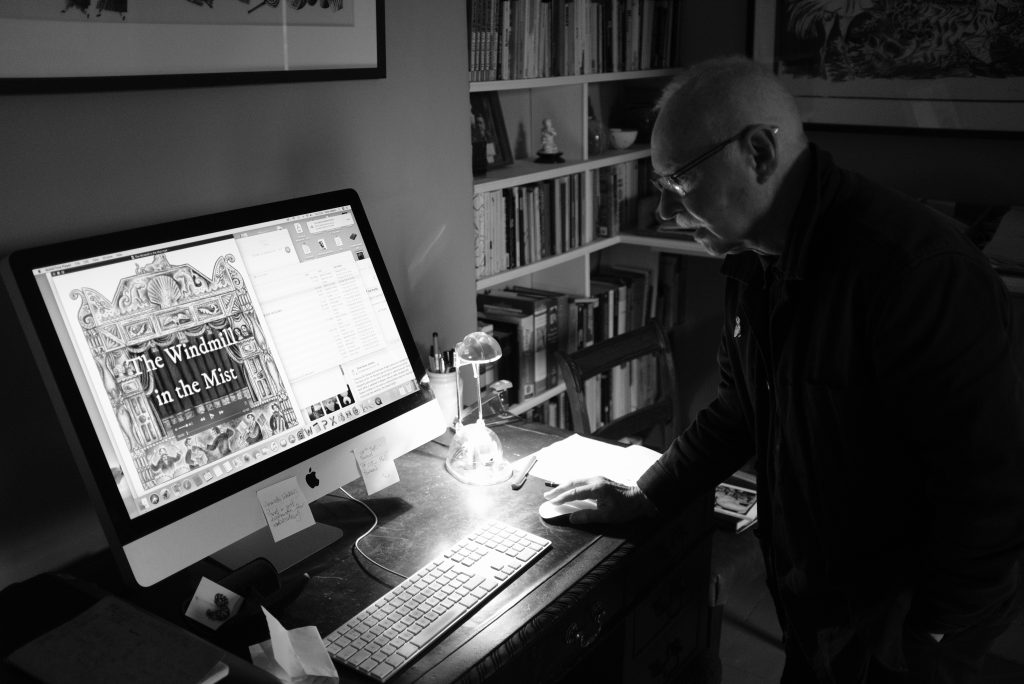 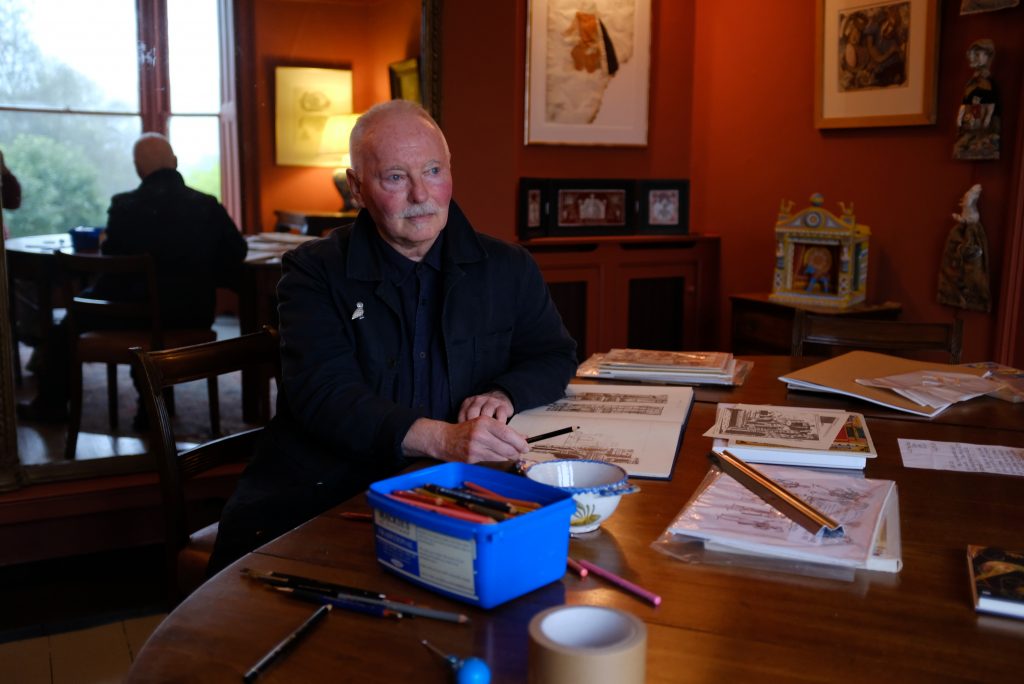