The accident of your place of birth is a funny thing. Who would think, when travelling down the valley through the grimy terraces of Plasmarl and the Hafod, that you would emerge to the freedom of the Bay and the ever-changing sea?

Out of this magical place came a group of people whose creative talents would help to change our view of Wales. But the fact that they were all born in Swansea was not the only common factor. It was, more importantly, the poetry and friendship of Dylan Thomas which acted as a catalyst to their individual work. 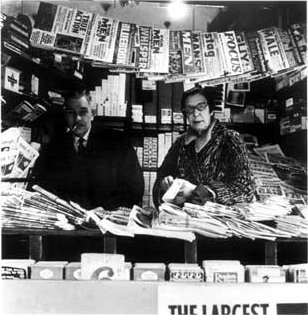 Perhaps this story should really start at “Ralph the Books”, Alexandra Road. Walking past the newspapers, cigarettes and washing line of dirty mags, I entered an Aladdin’s cave, past 1/- paperbacks into a darkly lit emporium where on a wall of books above a small paper sign stating “Welsh” hung a small oil of Dylan. This was my introduction to the man. I never met him in real life.

It was 29th of April 1965, my birthday. I was a student finishing my education at the Old Guildhall, now the grandly refurbished T Llên surrounded by the Docks on one side and the “spit-and-sawdust” pubs of Somerset Place on the other. With a 1932 Leica, borrowed on approval from Evan Jones’ Camera Shop in Wind Street, I was photographing trawlers unloading at the nearby fish dock. The town shook with an explosion, the air full of burning gas and thick black smoke as the Gasworks blew up. My guardian angel had arrived in splendour. There followed three pictures on the front page of the South Wales Echo and on the following day in the Daily Telegraph. 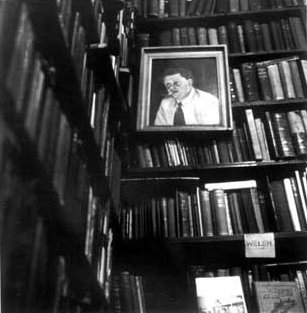 With many admiring glances from fellow students, the Leica was mine, paid for, and my life as a photographer had started. I left Swansea with a heavy heart. With camera and suitcase I arrived at Reading, home of the biscuit, to study photography at the Berkshire College of Art.

It was in the Chemist’s shop window I saw it, at Cemetery Junction. A brand new Rollieflex T in battleship grey. Terms were agreed with the trusting owner and a search began to raise the weekly sum. Total price then a princely £80.00. The Reading Evening Post seemed an easy target. There I met Haydn, a Cardiff man, number 2 in the photographic department. “I know you from somewhere,” he said. “Swansea gas explosion wasn’t it. I developed your film at the South Wales Echo.”

It was then that I bought the BBC recording of Under Milk Wood, Richard Burton narrating. I was back home again. With an enforced period off college, my grant being withdrawn due to lack of attendance, I embarked on a project to record on film the Swansea friends of Dylan – the Gang. 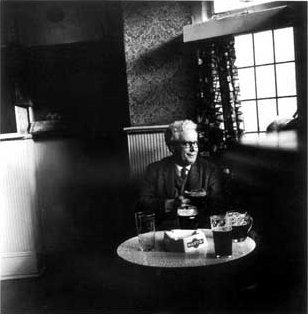 It was with some trepidation that I entered the home of Dr Daniel Jones, high above Mumbles overlooking the Bay. My fear quickly subsided, however, under the influence of his genial conversation. Noon quickly arrived and master and pupil transferred the photo session to the nearby Newton Inn. There is something special about the light which enters a pub, clinging to the froth on the glasses. With pint following pint the photographs, like the conversation, flowed. At three o’clock, however, the previously unseen Mrs Jones arrived on a whirlwind and whisked Daniel away with threats of locking him in his room until he composed some music. Photo and drinking session over!
I returned to Ralph’s, the Arthur Daley’s of the book world, and photographed him, fag in hand for posterity, not forgetting before it’s too late the inside of the shop, where Dylan browsed and borrowed books while working at the nearby BBC studios.

By United Welsh I travelled with my now beloved Rollie to the cliffs at Pennard, to meet Vernon Watkins, his bungalow perched on the edge of the path to Three Cliffs Bay. Here we walked along the headland, his white hair flowing in the sea breeze until we returned to the tranquillity of his home, where only a fly disturbed the light through the window of his study. From High Street Station to Paddington to meet the last two people in the group; Ceri Richards at his Chelsea studio and Fred Janes at Dulwich Village. At the time Ceri was living with his wife, Frances, at Edith Grove. Ceri was a large man with an informal and gentle character. He worked crouched over a drawing on the floor. The light flowed into the studio through the floor-to-ceiling windows and all around the walls were covered with drawings with paintings stacked in corners. It is strange that Ceri only met Dylan the week before Dylan left for America, where he died on the 9th of November 1953. However his work had been influenced by the poems for years. It is a sad fact that Dylan’s early death cut short a potential friendship and collaboration between them.

Drawings by Ceri Richards from the Collected Poems of Dylan Thomas

Onward to Dulwich Village where Fred Janes lived on the edge of the park with his wife, Mary, who served tea and cakes in the south Walian tradition. Fred worked in a small front room of the large town house, so packed with tools and equipment of all descriptions that I had great difficulty finding space for a camera among the clutter. At the time he was working on geometric constructions of plastic and marbles. 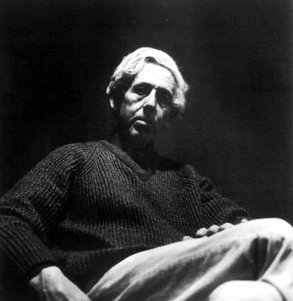 I printed a selection of the photographs and, on returning to Swansea, took them to the Glynn Vivian Gallery where the rather portly Curator told me in no uncertain terms that the Glynn was an Art Gallery and that they didn’t have photographs in here! After several further rejections a rather crestfallen photographer consigned the collection to a drawer. No one seemed interested in the Swansea Gang.

In 1983, still convinced of their historical importance, I published Swansea – Reflections in Black and White a collection of old photographs which included my photographs of the friends of Dylan, to preserve them for posterity. 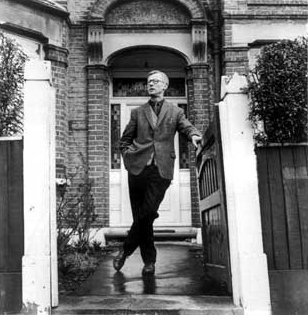 By 1990, however, the tide had turned in Swansea. The Glynn was organising the first Ceri Richards Festival, “Dunvant Blossoms”. The Gallery purchased four of the prints of Ceri for the brochure and at last my photograph of Swansea’s greatest painter hung on the wall of the now Ceri Richards Gallery. 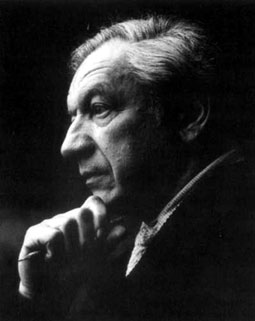 Some thirty years have passed since the photographs were taken and I recently gave the negatives and original prints to the National Library of Wales for safekeeping. I would like to thank Dr Mike Francis and Iestyn Hughes who have now printed and bound the 160 photographs in two red volumes from the original negatives.

Bernard Mitchell, was born in Morriston, Swansea and worked in newspapers for thirty years as photographer. He is now a free-lance photographer specialising in the arts in Wales.
Bernard Mitchell is responsible for incorporating and developing the Welsh Arts Archive and holds the copyright to all the images within it.

2 thoughts on “The Swansea Gang”