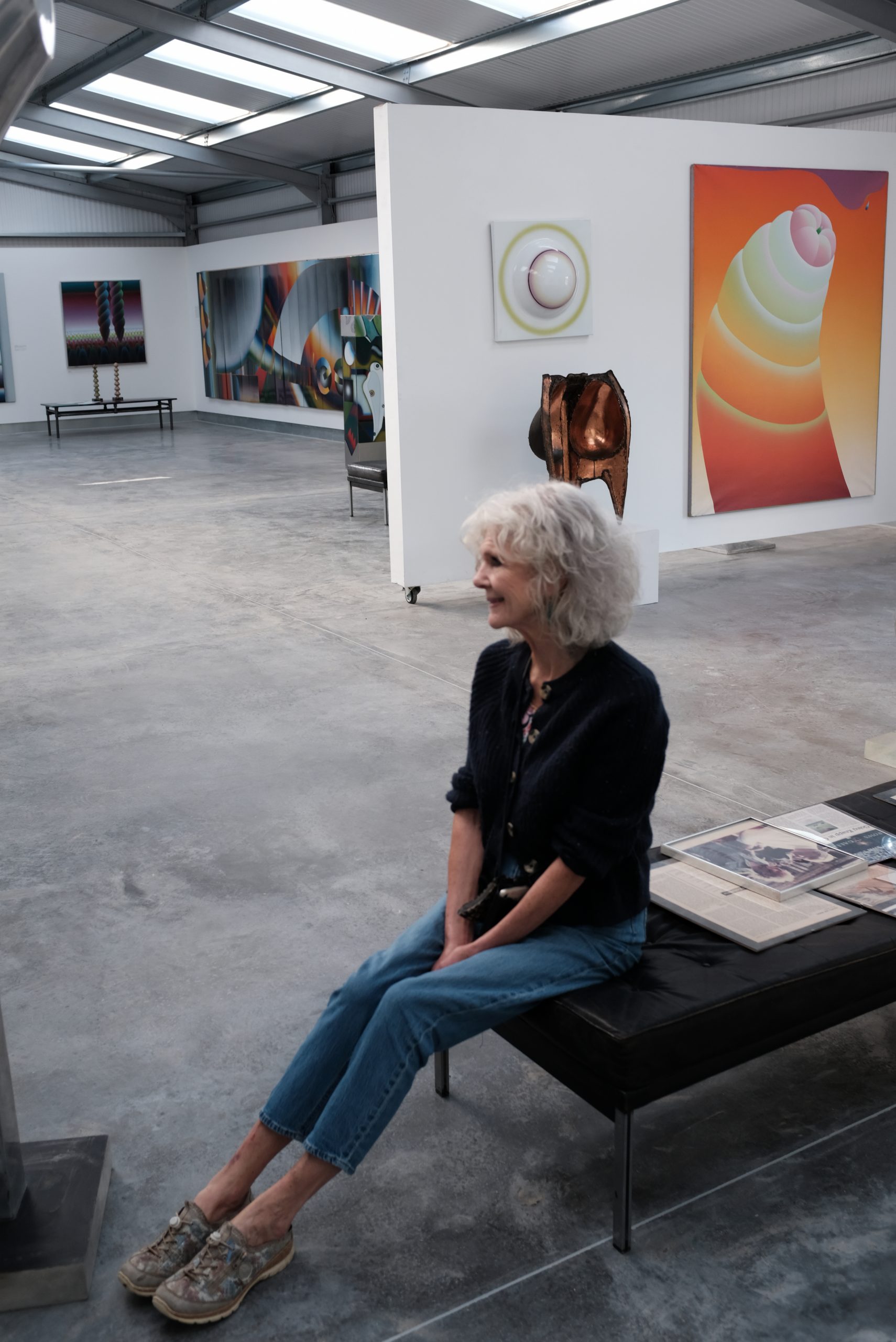 Travelling from Aberystwyth to Llandysul photographing the Welsh Group Artists Heather Eastes and Wendy Earle, I took advantage to stop at a bed and breakfast at the magnificent country house that is The Mid-Wales Arts Centre, at Caersws run by Cathy and John Knapp-Evans. 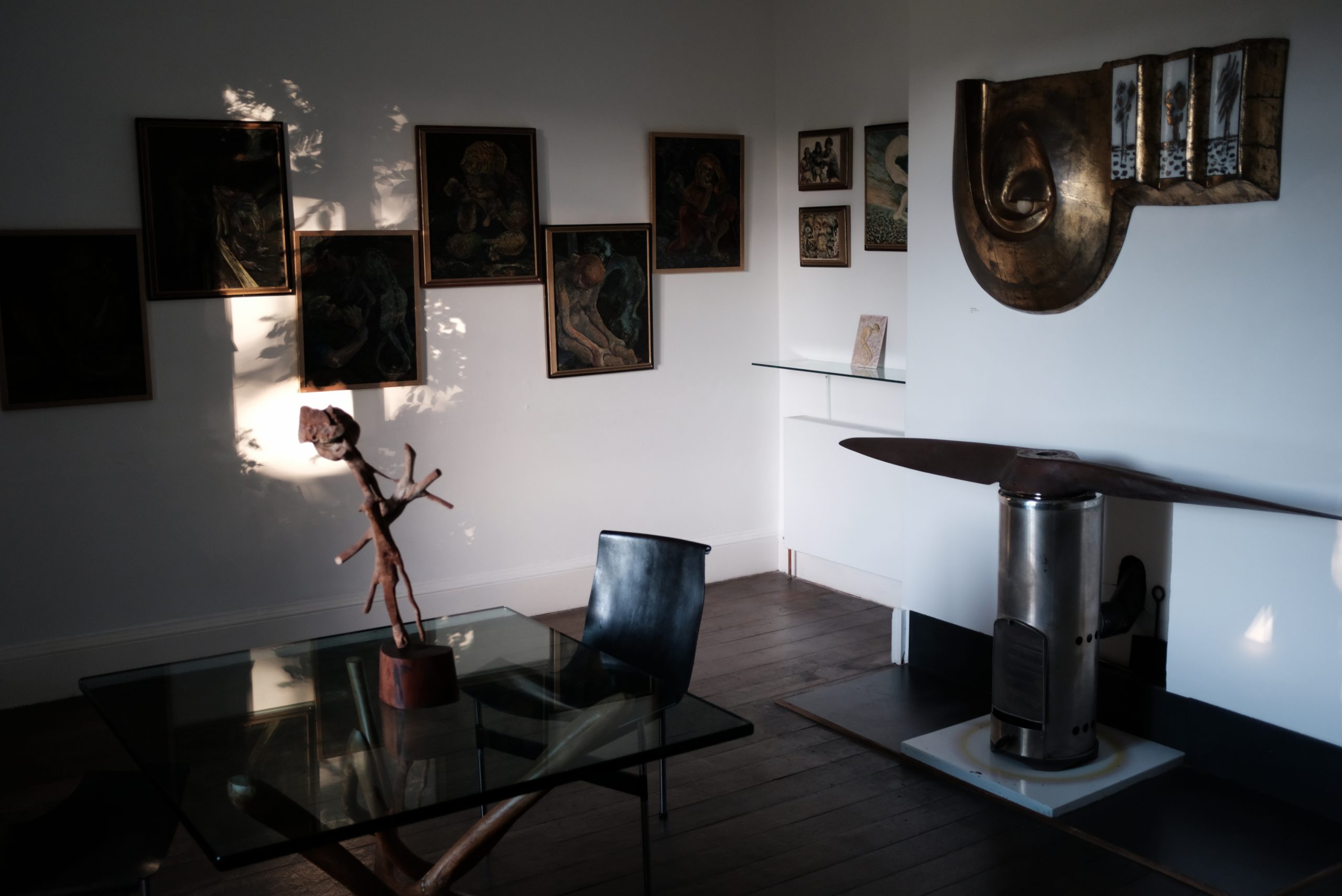 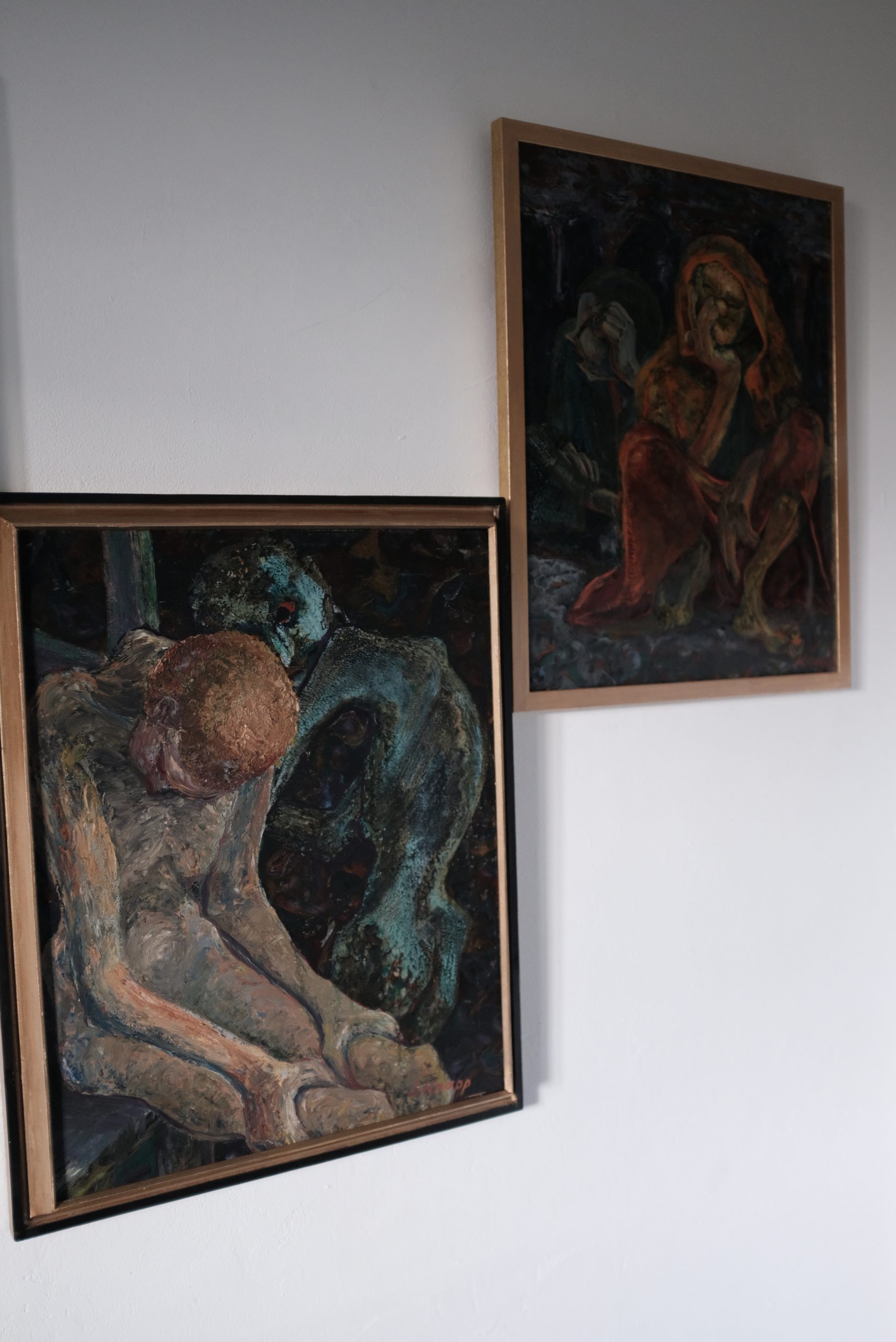 The Centre currently shows work in two gallery spaces. Exhibited in an impressive sculpture barn is a tribute to the life and work of Cathy’s former husband and internationally renowned artist and sculptor Stefan Knapp (1921-1996).

Born in Poland, Stefan, was imprisoned in a labour camp in 1939, was an RAF Spitfire pilot from 1942-1945, after the war he studied at the Central School of Arts and Crafts and at Slade. At the endof a long life he completed his last murals of The Battle of Britain for Heathrow Airport and the Warsaw Metro. 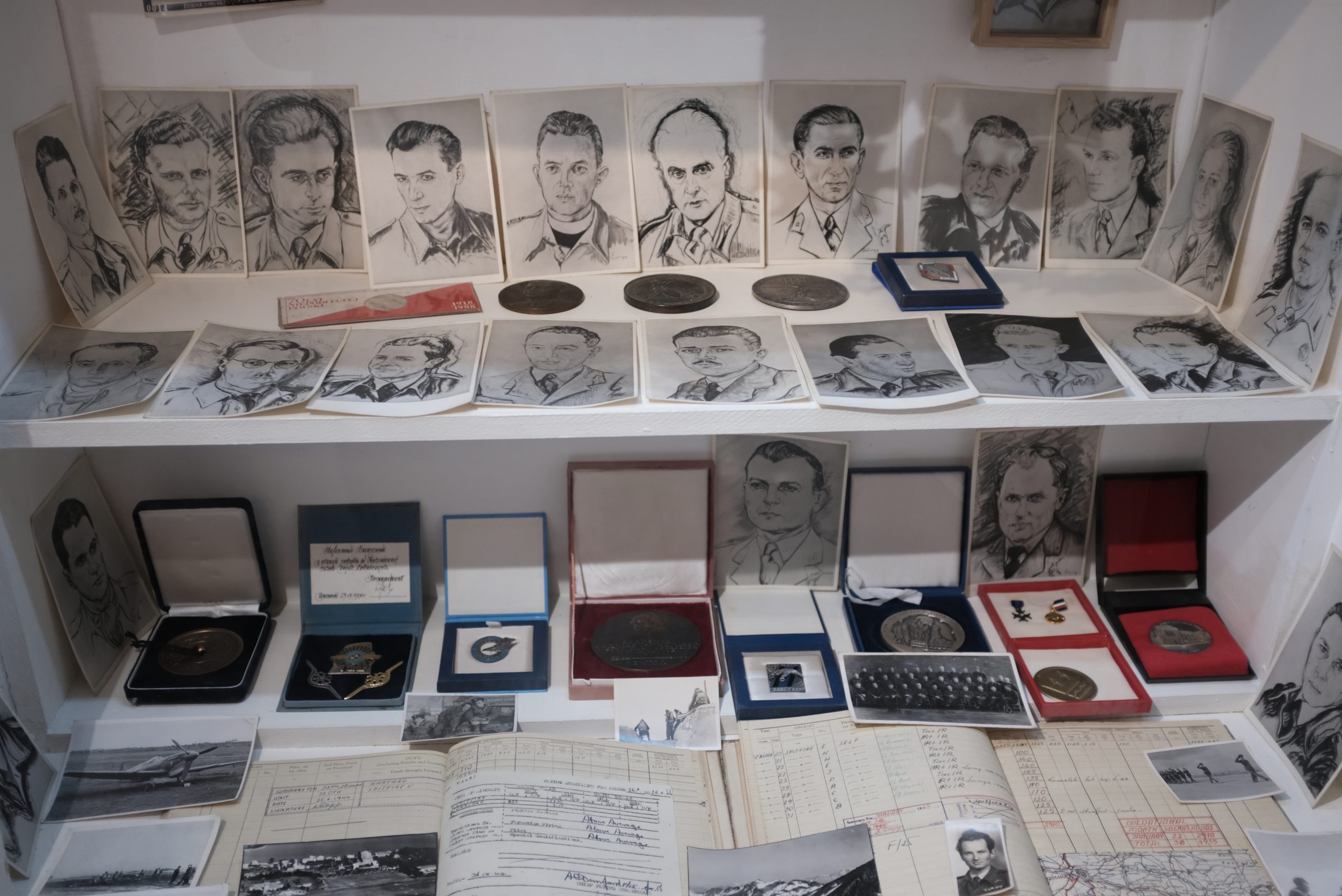 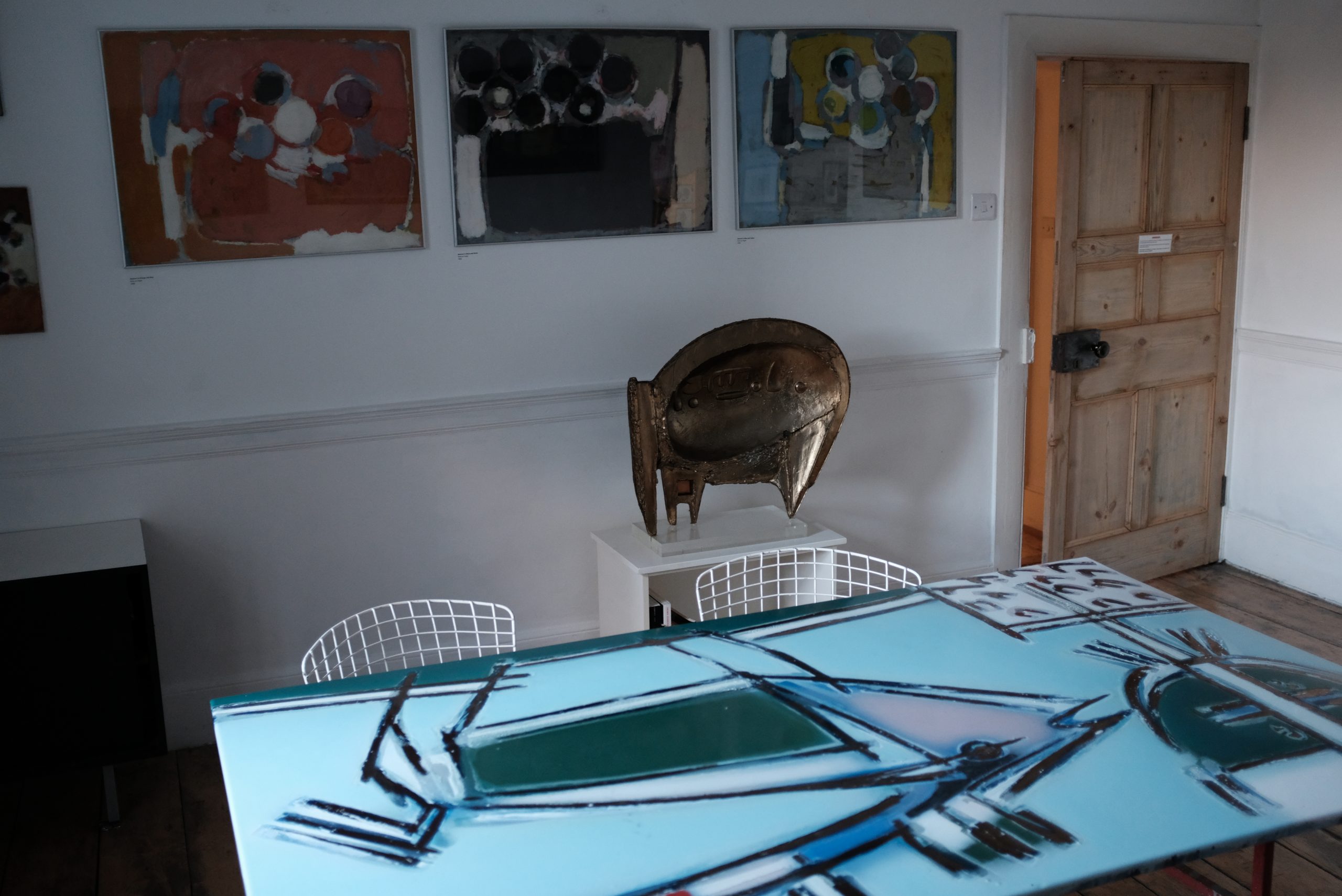 Also resident at the Mid-Wales Arts Centre was the film producer Richard Heeley, who was filming the making of ‘Vintage Voltage’ at nearby Newtown. So, I photographed him with John Evan’s own electric car. 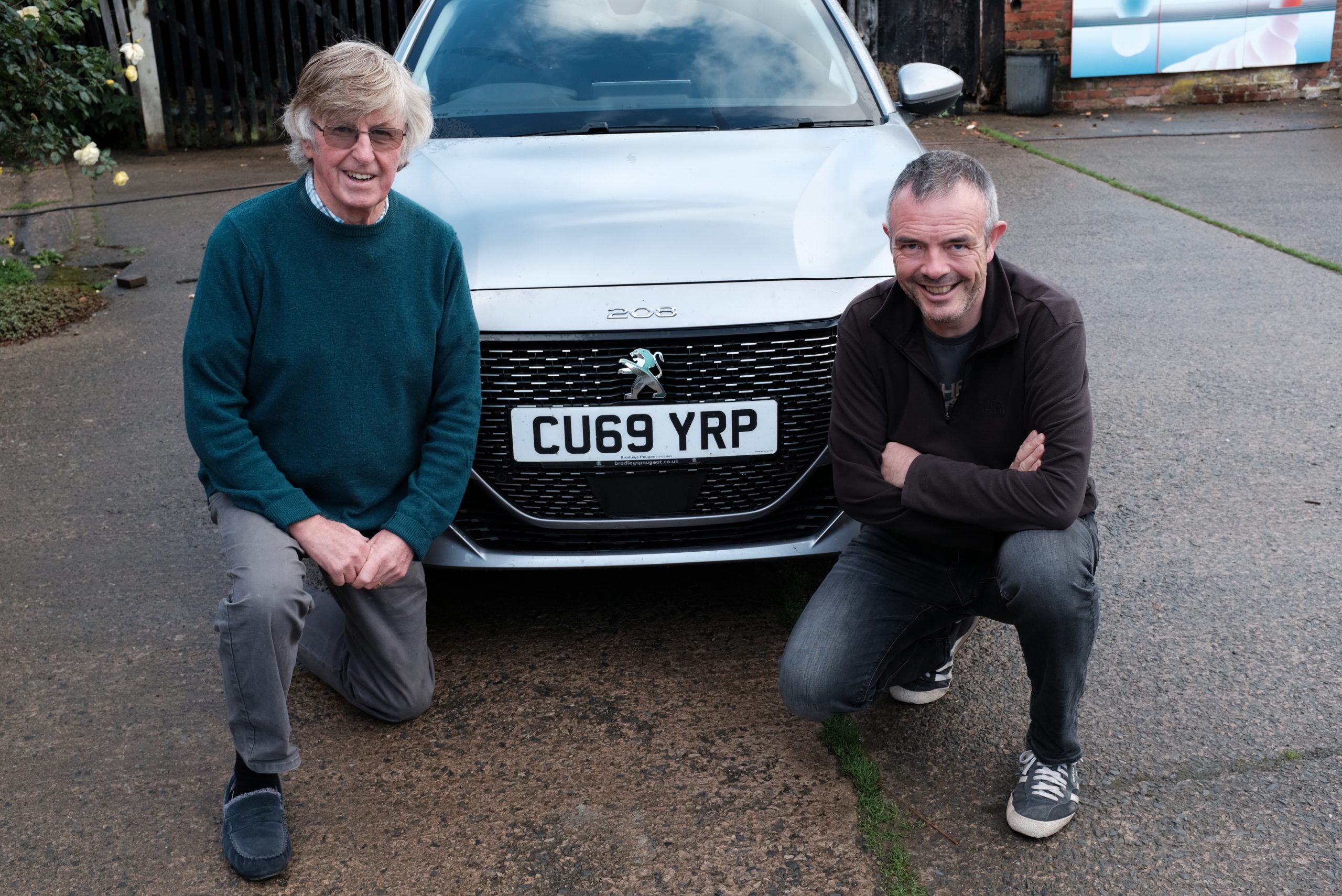