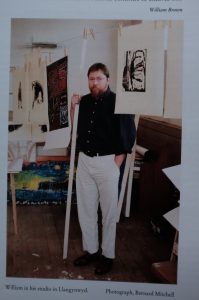 Saturday August 1st was the last day of the William Brown Exhibition at Studio 18, Oxford Street, Pontycymer. The invitation was from Carys, William’s widow, who was brought up in the village, for afternoon tea/coffee and Welsh cakes, it was so good to see William’s work hanging in Kevin Sinnott’s new Gallery. On sale was the book by Carys and David Greenslade  of tributes from fellow artists and writers from Wales and abroad, particularly the Czech Republic, where I went with the group who met at the Westbourne Hotel in Swansea, every Tuesday. William was a Scots, Canadian, Welshman and friend and an irreplaceable member of our band, along with Tony Goble, Gareth Davies,  and Malcolm Parr, who have also recently died, we only meet at Christmas now. 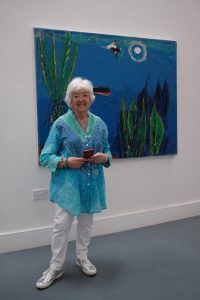 Carys and seascape and ship. 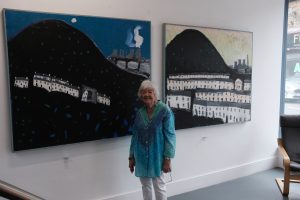 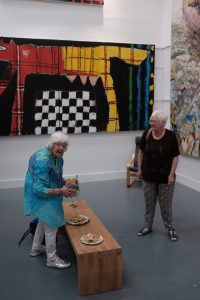 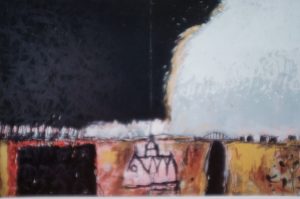 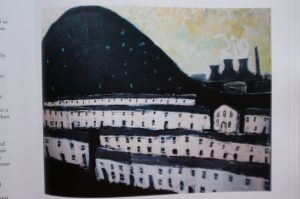 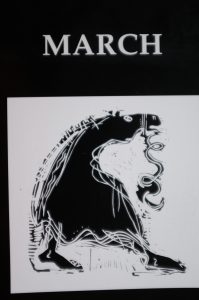 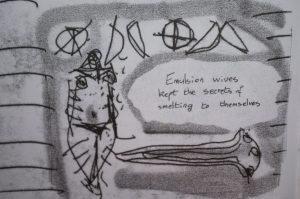 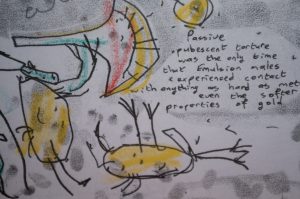 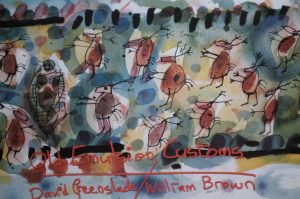 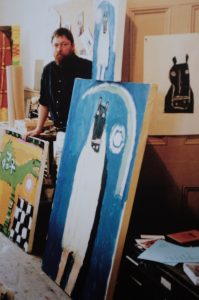 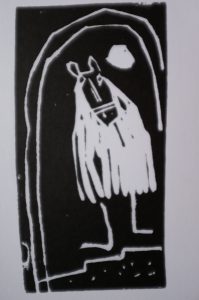 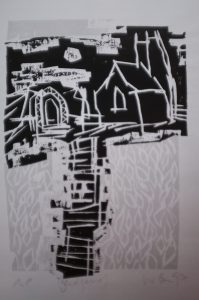 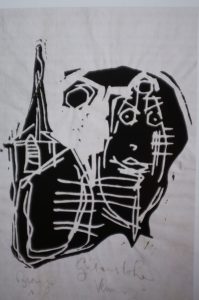 I photographed William many times, in his studio in the old church hall in Llangynwyd, at Exhibitions which he was always planning, pubs and unforgettable parties at their home and on one occasion at our house, where all bearded men had to wear pegs. More pictures will appear when I can get into my archive at Swansea University. 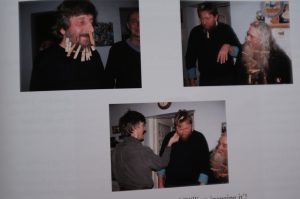 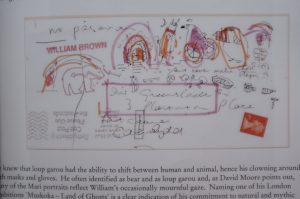 Letter from William to David Greenslade.

Williams work drew from the iconography of Wales as well as Canada such as The Mari Lywd, and his own  The Venus of Blaengwynfi and ‘The Bear ’in a surreal narrative which flowed like the poetry of his friends, particularly the poet David Greenslade who together with William published many memorable publications like ‘March’, ‘The Dark Fairground’, and ‘Old Emulsion Customs’. William was a compulsive writer and decorator of envelopes, when a package from him dropped on the doormat full of items of interest, all with his unique rubber stamps, what joy! 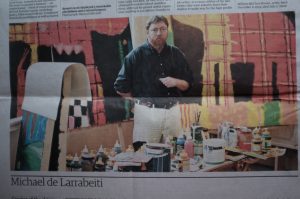 William’s Obituary, in the Guardian. 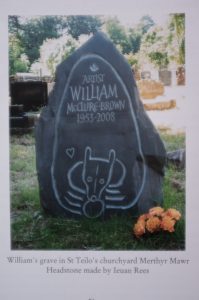 From Newcastle Hill, in Bridgend where William lived to Gutershloh in Westfalia, for an international art symposium for young people, and Berguette where two members of the Canadian expeditionary Force were buried after World War2.  Williams work takes on a serious and poignant mood. His passing affected all that new him and in the obituary in the Guardian  David Moore said ‘’ Brown’s work displayed a remarkable playfulness and a Surreal humour ’’,  in the Independent Laura Gascoigne wrote, ‘’The painter and printmaker William Brown triumphantly achieved Picasso’s ambition of drawing like a child’’,   ‘’ He learnt Welsh and joined the Welsh Group’’. William was buried in the graveyard of StTeilo’s Church in Merthyr Mawr with a headstone of a bear carved by Ieuan Rees.