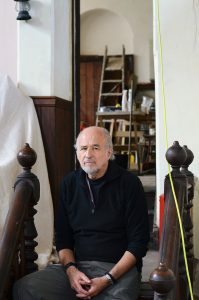 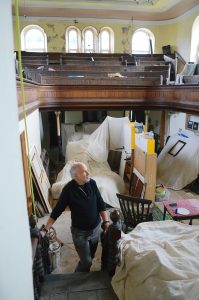 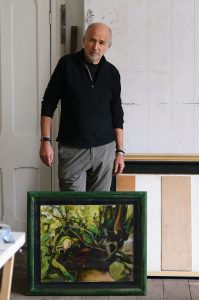 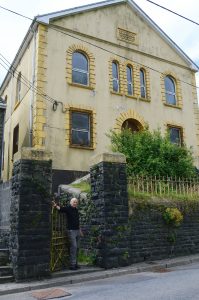 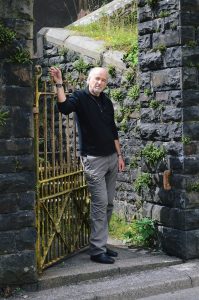 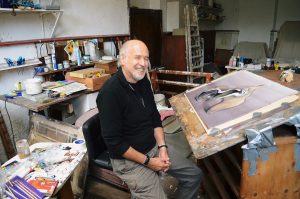 ‘’Michael Chaitow is a painter whose work has a symbolist quality through themes developed from nature and natural forms as well as the human figure’’.

Since the 1980’s his studio has been in Caeralem a former Baptist Chapel in Abergwynfi, near Port Talbot.

‘’ His paintings share something of the form and metaphysical concerns  of William Blake, although possibly in a more self-consciously heroic vein’’.

Sister Wendy Beckett wrote: ‘’ Your work is overwhelmingly strong, a powerful vision. You have a great gift for landscape, which I hope you will allow full scope. The work is visionary, like Palmers, but with power’’.

He studied at Central St.Martins School of Art, under Cecil Collins and worked for a few years in advertising.