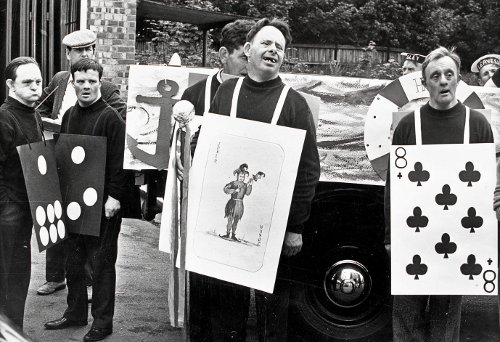 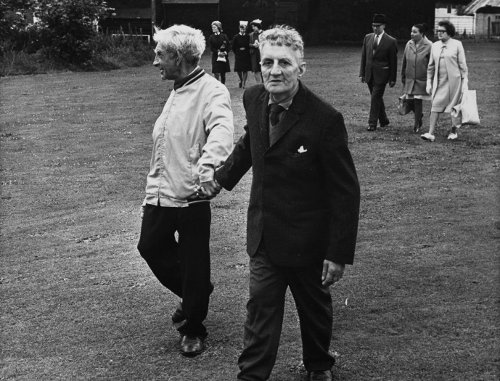 Off to see the parade 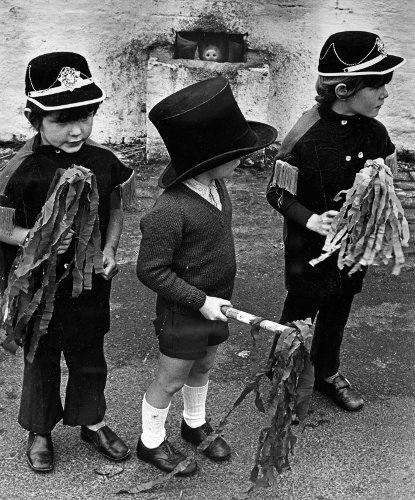 Even the pig watched the parade

On to the serious subject of ironic humour. Here is a short series of photographs taken in and around London in the 1970’s. Now in the collection of the National Library of Wales, Aberystwyth.

The Imbeciles Asylum Leavesden, for quiet and harmless lunatics or insane paupers was founded by the London Metropolitan Asylum Board near Watford Hertfordshire in 1870. By the end of the year it contained 739 male and 899 female patients. In 1972 the number of patients had reduced and the hospital closed in 1995. The annual fete had been a regular event since at least the 1930’s. It is a strange fact that some days you can create a wealth of images, making it difficult to edit down to your favourite. ‘A pack of cards’ as I call it is one of my favourite photographs of all time. There are others which I will place on the blog in time. It was a fancy dress parade with floats. Here a group dressed as a pack of cards and dominos wait for the start and in every pack you have the joker.

For more information about the history of Leavesden Hospital see http://www.workhouses.org.uk/MAB-Leavesden/

I hope you enjoy this and many more to come,