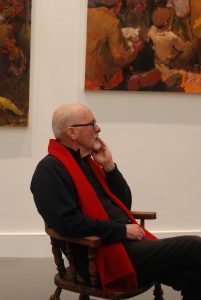 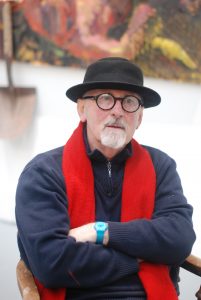 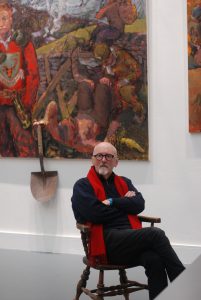 Kevin Sinnott’s father like Peter Prendergast’s had moved to the South Wales valleys from Co. Wexford, Ireland, and married a local girl. Kevin was born in 1947, the sixteenth child, and by the time he had reached St.Robert’s RC Elementary School, Aberkenfig, was already drawing the clouds  through the classroom window. Through secondary school he studied books on art borrowed from the local library and one day he caught the coach to Cardiff and discovered three Cezanne paintings in the National Museum. ‘’The thrill of this discovery made him realise that the paintings were not only about the birth of Modernism, but that the world began on his door- step’’. 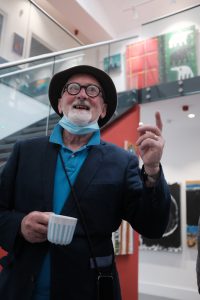 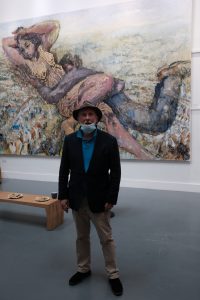 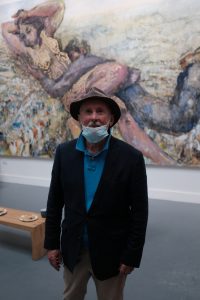 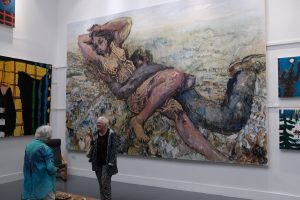 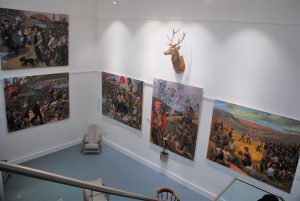 In 1967, he arrived at Cardiff College of Art on the one year Foundation Course, he then went to the Cheltenham Art School (Gloucestershire College of Art and Design) for a three years degree.  In 1971 before leaving he married Susan a girl from back home having won a Post Graduate place at the Royal College of Art in London, after which he taught part time at StMartin’s and Canterbury College of Art. 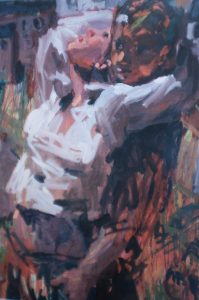 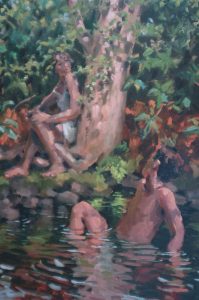 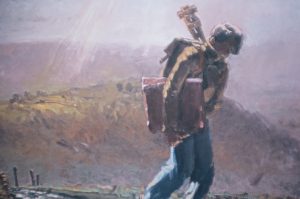 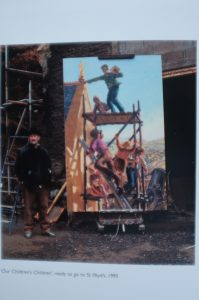 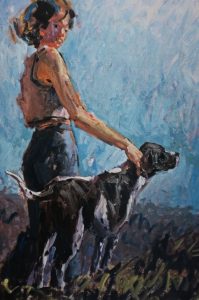 At this time, his career as an artist started to take off, Work was accepted for The John Moore’s competition at the Walker Gallery in Liverpool, and exhibitions in Leeds, Birmingham and the Riverside Studios in Hammersmith, led to his first five year contact in 1982 with Blond Fine Art, in Sackville Street. By 1985 things had began to cool and a further exhibition for 1986 was in the balance, ‘’So with a few improvisations in a carrier bag’’, he headed for Cork Street and the Bernard Jacobson Gallery having his first Cork Street Exhibition in January 1986 and on St.Patrick’s Day his first exhibition on 57th Street, New York. In 1991 With the advent of the recession, he changed gallery to London Fields Gallery, Flowers East, after having two exhibitions, and the Sale of their house, ‘’with three children and four cats we headed out of London to a rented house in the village  of Llety Brongu near Maesteg in the ‘Old Parish of Llangynwyd.’ 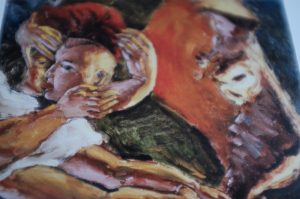 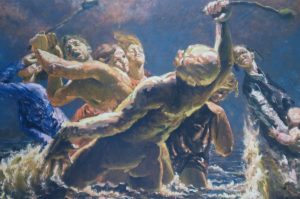 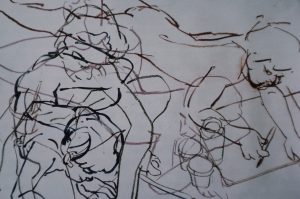 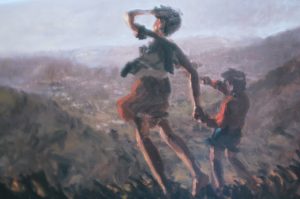 Into the future repeat

Walking over the hills from the Llynfi to the Garw Valleys, and two years after leaving London they had moved into two caravans next to an old abandoned Church of England in Wales church, in the village of Pont-y-Rhyl in the Garw Valley. By 1996 a full restoration had taken place with the help of Susan’s brother and father, with a full length first floor housing an atrium gallery and thirty foot studio space behind, Susan had took on the task of landscaping the hillside, their home was named Ty’r Santes Fair, StMary’s House. 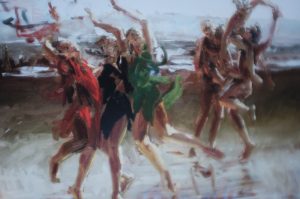 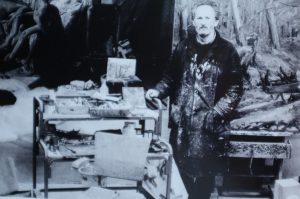 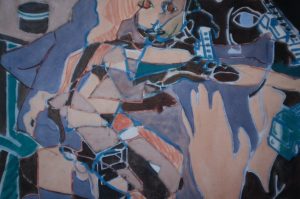 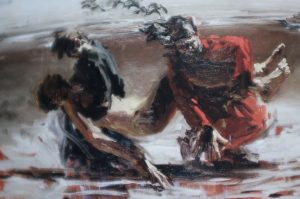 It was at St.Mary’s that I photographed Kevin for the first time, it was one of those typical valley days, with mist and heavy rain which makes the slate roofs Shine. A couple of outside pictures but the main picture was upstairs in the magnificent studio, Where he was working on two large canvases, one with a dog, feet in the air being wheel- barrowed through a woods. At this time it was for me a seminal experience when all these elements that had been evolving in his work had come together in the painting, ‘Running Away with the Hairdresser’, now in the National Museum. A drive up the Llynfi Valley to Caerau, gave him that unforgettable backdrop, the movement of the young couple so intent on escaping to the hills and a title that askes so many questions, brilliant! Kevin Sinnott had come home, he had found his hiraeth amongst people who would love and understand his work. These often narrative paintings were about desire, passion and the simple feeling of love and the desire of belonging. Kevin continues to use the Flowers Gallery in London and New York and the Martin Tinney Gallery in Wales (Cardiff.)

Kevin and Susan had four children but sadly Susan passed  away in December 2017. 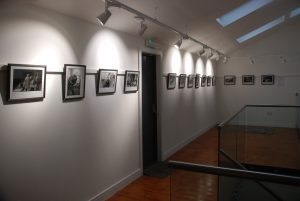 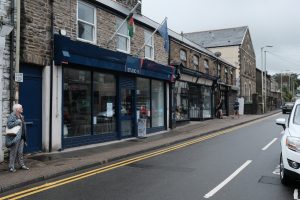 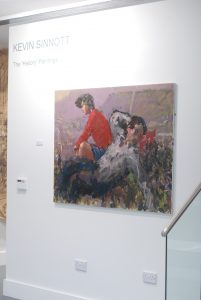 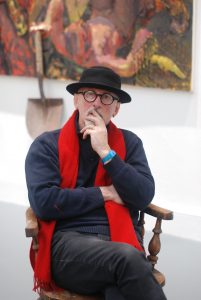 Studio 18, Oxford Street, Pontycymer, was Kevin Sinnott,s next ambitious project for here at the top of a South Wales mining Valley, he built a Galley that is as good as any in Cork Street, London. A completely gutted shop open to first flour height it can accommodate the largest of works, with a gallery around the first floor, for smaller works. Studio 18 opened in 2016, with an exhibition titled Historic Paintings, and around the upper gallery to my surprise was an exhibition of black and white portraits of Welsh Artists by myself. I recently visited Studio 18 again on the 1st of August for the last day of an exhibition by William Brown lovely large cavasses of the valley and all the usual William Brown pictures that we all know. The exhibition was put on by William’s widow Carys, who had been brought up in Pontycymer. Also hung the full height of the main area was the largest Kevin Sinnott I had ever seen.