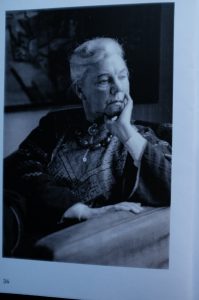 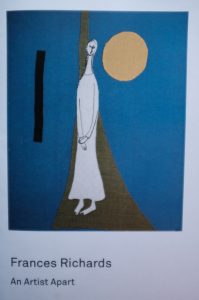 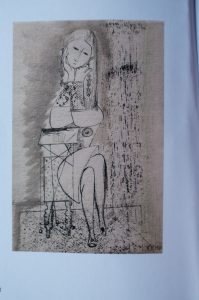 It is very unusual for me to visit an exhibition three times, but that is what happened when I saw for the first time the work of Frances Richards who was married to Ceri. I visited their home in Edith Grove, London, in 1966. I know now what I had missed, for she was not around, and I was only too pleased to be spending time and photographing the artist I most admired. 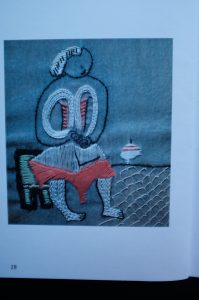 Frances was born in Burslem, Stoke-on-Trent in 1901, studied at the Burslem School of Art and won a scholarship to the Royal College of Art where she met Ceri Richards.

She became Head of Design at Camberwell and taught at Chelsea School of Art. She lived in London until her death in 1985. 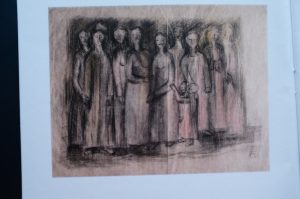 Her beautiful intricately embroidered pictures were both lyrical and symbolic in their mood. Shortly before Ceri’s death she worked on a series of unique images of elongated female forms and children set in a dream-like landscape of solitude. She had many friends who were artists and poets, one remarked, “ Ceri is a major talent, but you are a minor genius”, but like Ceri she was a quiet, modest and self confident lady. 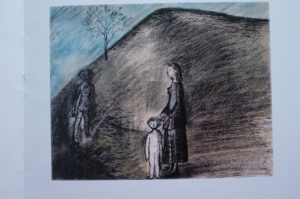 the flowers with them

it is a mystery

and will remain so.

I would like to thank Mel and Rhiannon Gooding for the extracts from their lovely catalogue.