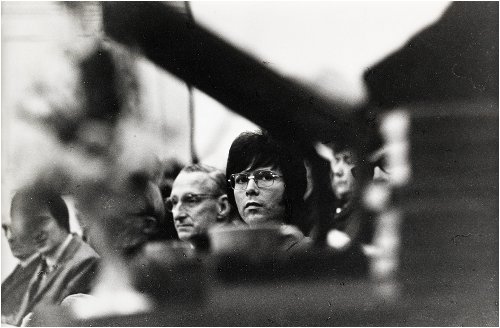 Sir Cliff , or as he was known then Harry Webb , was born in India in 1940.The family moved to England where he was brought up in Cheshunt in Hertfordshire. They were a Christian family, with both his mother and father attending church regularly. However, it wasn’t until after his father’s death that he began to search for a deeper meaning to life. By 1966 he had become a converted Christian and was invited to appear at the Billy Graham Rally at Earl’s Court and declare his belief in the Christian faith. This brave public statement at the height of his singing career created great interest in the media. My photograph was taken  in 1971  at a meeting held at an evangelical church near Watford in Hertfordshire. Waiting to speak he  sits on the rostrum looking through the out of focus lectern.