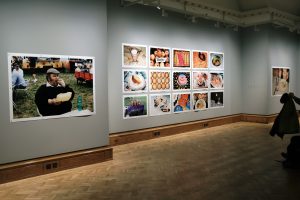 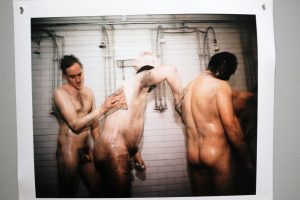 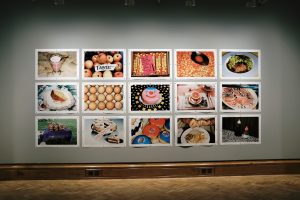 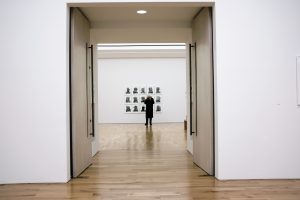 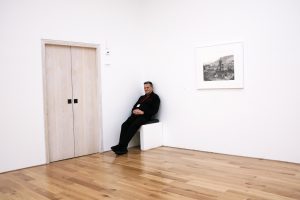 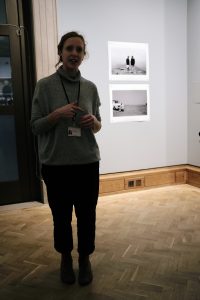 Bronwen Colquhoun Senior Curator of Photography has not just achieved one exhibition, but has created three galleries full of photographs, sadly cut  short by the arrival of Corvid 19. This must be a first for the National, things were looking good when we had one designated gallery to the photographers art.

Martin Parr is based in Bristol, but now travels to a holiday home in Tenby, just the place for a man who excels in beach photography. Two things were apparent, the miners in the pithead baths, have been a subject of photographers from the days of tin baths in the kitchen and the display of still life photographs of food, neglected to show the fine cuisine and local produce that make up the Principality today.

Industrial Visions, showed the dedicated vision of Bern and Hilla Becher to document the Winding Towers of the coal mines which were part of the  every village in the South Wales Valleys. Each one of a slightly different construction, now saved for posterity, after the devastation of the demolition carried out a plan destroy the Coal Industry by Margaret Thatcher and her government.

Sadly time passes and we could not give justice to August Sander.