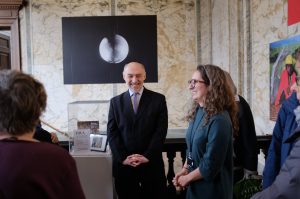 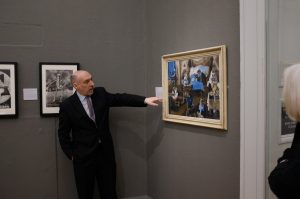 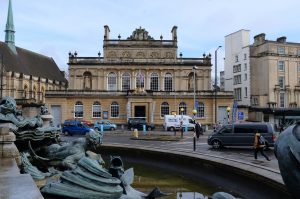 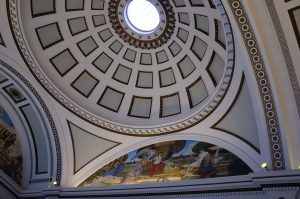 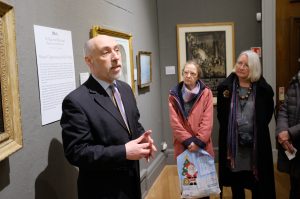 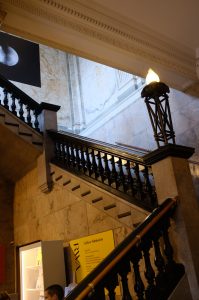 A day return on the train from Swansea to Temple Meads, was an excuse to visit for the first time The Royal West of England Academy (RWA) in Bristol, and what a treat it was. I could not help but photograph this elegant building, how galleries used to look, but with a modern twist.

I had travelled to see ‘Refuge and Renewal’, curated by Peter Wakelin. The most interesting exhibition I have seen this year and certainly my book of the year. Peter Wakelin has used his wealth of knowledge to share with us the neglected history of the refugee artists who where given shelter in Britain and in particular Wales, in the periods during and after the First and Second world War, and the Russian occupation of the Eastern European Countries.

Of special interest to me, Peter talked of a painting by Josef Herman, of his family home in Warsaw, soon after he had learned of their death. Josef, sat at his easel, mother washing the cloths, father cobbling and his grand father at prayer (Peter’s words) What struck me were the colours just brown, blue and white, such emotion, one of Josef’s  finest pictures.

After Bristol, the exhibition went to MOMA Wales, in Machynlleth, however the gallery closed due to the tragic Corvid 19 virus epidemic, but  all is not lost we have the book and Culture Colony, Wales made a film of Peter’s talk at the RWA, which you can see on their website