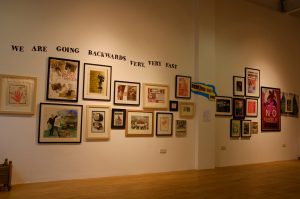 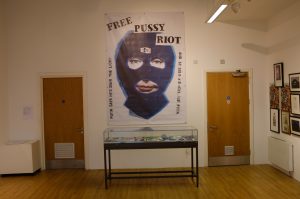 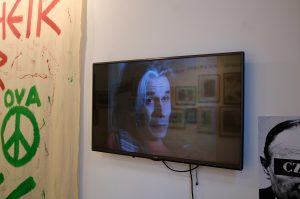 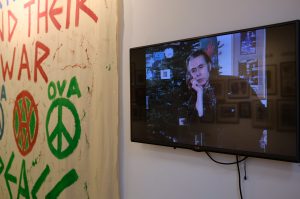 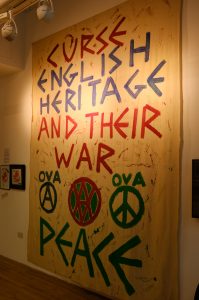 This was my first visit to the G.S. Artists Gallery in High Street, in Swansea, the home for progressive artist and I wish I had found it before.

The first time I took a photograph off a television screen, was on the editors television, the only one in the office ‘The First Steps For Mankind’ was the headline, half of the front page, a blurry pic, but I was there! As Max Boyce once said.

The second time that I took a televised portrait, was of the punk  pop-art, artist and anarchist Jamie Reid, he was not in the gallery at the moment.

Jamie Reid was born in London in 1947 and one of his best known works is the Sex Pistols Album ‘Never mind the Bollocks, Here are the Sex Pistols’,     (words: Tate Modern). He now lives in Liverpool, the second capital of Wales, so that might explain ‘Dragon’s Revenge’. Looking after the exhibition was G.S. Artist Abigail Fraser.