I visited the Glynn Vivian Gallery, last week, lots to see, just book a slot to go, here are a few notes about what’s on. Part of a series of exhibitions programmed in partnership with Swansea Pride.

Charles Atlas, ‘The Tyranny of Consciousness’. 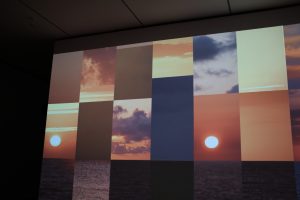 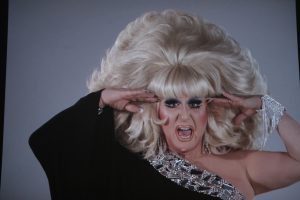 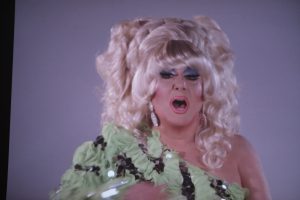 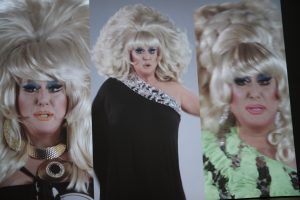 The Tyranny  of consciousness (2017) by pioneering filmmaker and video artist, Charles Atlas, consists of a five- channel installation with a mosaic of 44 simultaneous but different sunsets accompanied by a screen bearing a countdown to darkness. It is accompanied by the legendary New York drag queen Lady Bunny, who talks about peace, life together, and how, when it comes to American politics, ‘’ the right questions are never being asked.’’ 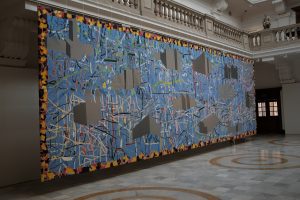 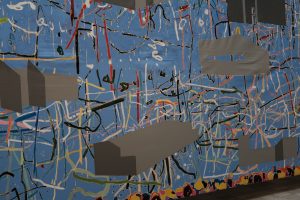 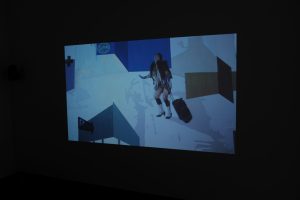 Pansy is a collaborative commission between the two artists, which includes four works of oil painting and video mapping, exploring the complex meanings of the word ‘’Pansy’’.

Based on Franz Kafka’s 1926 novel The Castle, the work references identity, sexuality, gender and perception. Catrin is based in Swansea and Roy in London and Tel Aviv 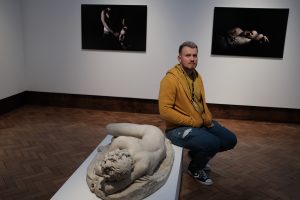 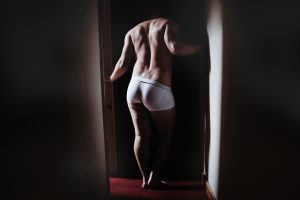 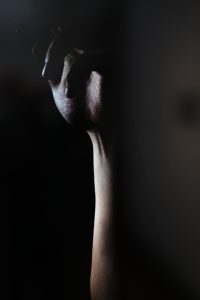 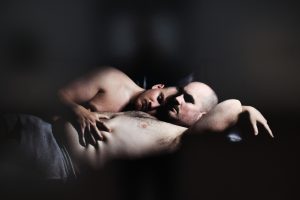 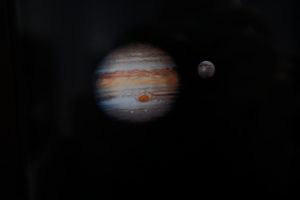 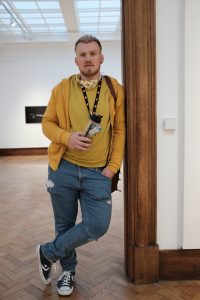 Based in the Swansea Valley artist Dafydd Williams is interested in symbolism and technique in renaissance painting, primarily in the work of Michelangelo and Caravaggio.

The series of photographs, naturally lit, or mimicking natural chiaroscuro lighting, which are used to critique contemporary gender and sexuality.

Malum derives from the Latin for ‘apple’ and ‘evil’, refers to the historically discriminatory attitude towards sexual difference and the biblical idea of the forbidden fruit.

And for something completely different.!!!!

A total of 56 works on paper from the collection of the British Museum reads like a who’s who of British Art  from Hockney to Grayson Perry with a selection from the Glynn Vivian’s own collections such as ‘ Four in a Bed’ Shani Rhys James, 1987.charcoal on paper. Definitely not to be missed. 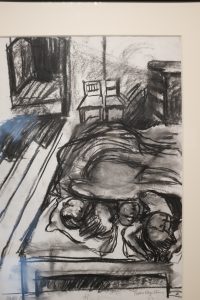 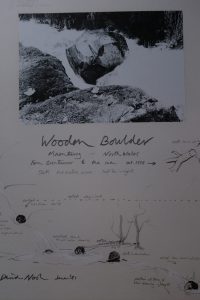 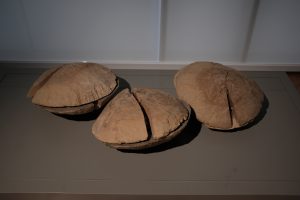 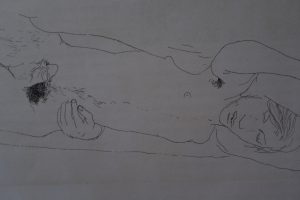 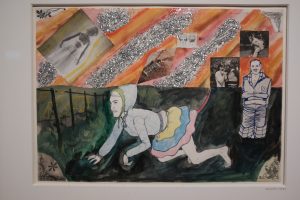